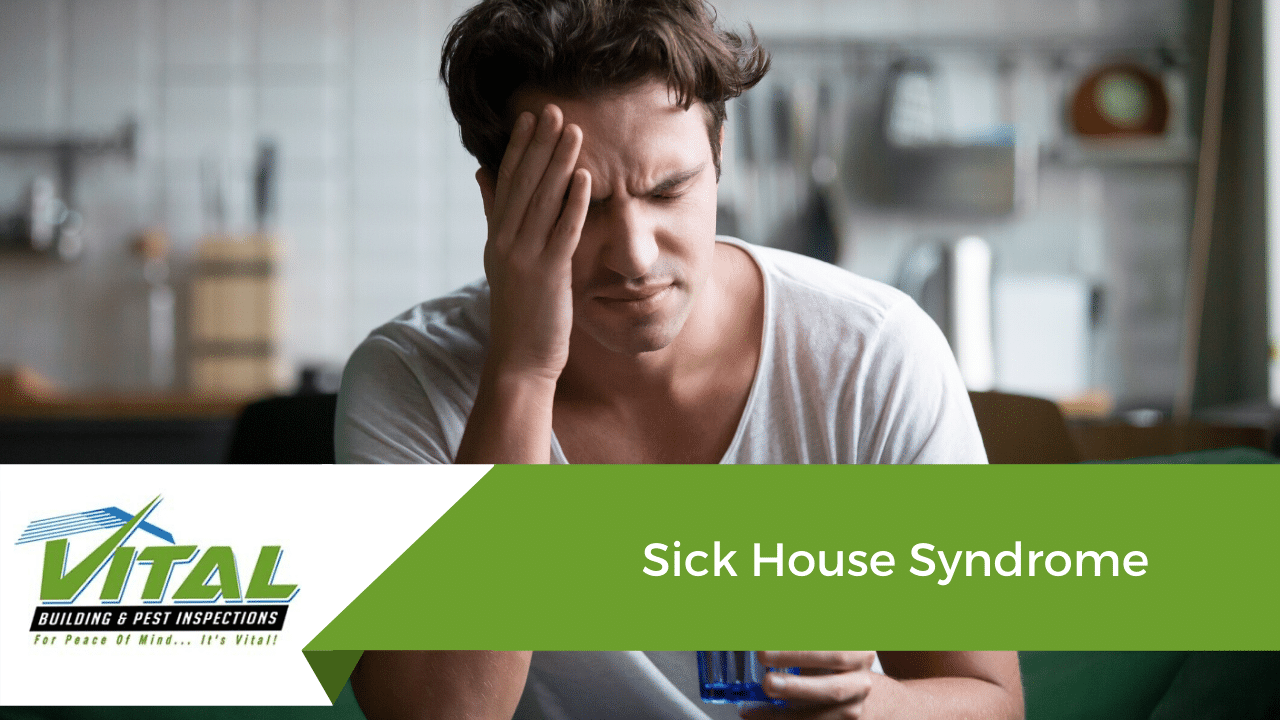 Do you or members of your household experience flu-like symptoms, dizziness or unexplained headaches while inside your house?

Did you notice the symptoms disappear hours later after leaving the house?

If the answer is YES, then, you and your family, are experiencing a condition called sick house syndrome.

Sick house syndrome is a collection of symptoms many people experience whilst inside their homes. One of the causes of people being “home sick” is the inhalation of harmful vapours from substances present in their homes.

It is time to find the out which harmful substances are making your family ill so you can act before it’s too late.

WHAT IS SICK HOUSE SYNDROME?

Sick House Syndrome or SHS refers to a condition where the occupants and visitors of a house experience a collection of symptoms.

The exact causes of the symptoms are unknown to the people affected by the syndrome except for the time spent inside the house. The symptoms seem to disappear about two hours later after they are out of the house.

According to a Sick Building Syndrome (SBS) Report by the Parliament of NSW, the World Health Organisation (WHO) coined the term “sick building syndrome” in 1983. Here’s the current definition of SBS by the organisation:

“the occurrence of specific symptoms with unspecified aetiology, and are experienced by people while working or living in a particular building, but which disappear after they leave it.”(WHO 2000)

Although many articles or blogs on the web use the terms “sick building syndrome” and “sick house syndrome” interchangeably, the former refers to commercial buildings or workspaces whilst the latter refers to residential buildings.

Chapter 3.3 of the report by the Parliament of NSW have included building types such as houses and schools as they are subject to the ramifications of SBS. In other words, houses and school buildings belong to a group of indoor environments that have contributing factors related to SBS.

Sick house syndrome was first observed during the energy crisis in the 1970s. This is the time when western countries faced substantial shortage on petroleum plus the rising prices that went on until the turn of the decade.

The energy-saving measures include using:

Since then, office workers have been complaining about the symptoms they experience once they are inside the tightly-sealed buildings.

WHAT ARE THE SYMPTOMS OF SICK HOUSE SYNDROME?

There have been many reported cases of people affected by a “sick house” but the number and types of symptoms vary from person to person. Moreover, the severity of the issues inside the house and the sensitivity of an individual to chemical contaminants vary as well.

Here are the most common symptoms of sick house syndrome:

The number one cause of sick house syndrome is the trapping of indoor air pollutants caused by sealing the house to reduce the loss of cooled or heated air. As a result, people are getting ill due to the various harmful vapours circulating inside the house.

Whilst the sources of air pollutants are mainly found indoors, external chemical contaminants can enter a house the moment someone opens a door or window.

The main contributors of releasing harmful vapours in homes are building materials and furnishings.

Other common household substances that release harmful vapours in your home are:

vapours in your home are:

vapours in your home are:

Airborne spores can cause an asthma attack when inhaled by people with asthma. Similarly, people with breathing conditions or with allergies may suffer serious health problems when they encounter mould spores.

Even more unpleasant, is the fact that mould can spread in places where you rarely visit such as ducts and crawl spaces. You might not know how serious your mould problem is until your property undergoes a thorough building inspection. Mould isn’t only a health hazard, it can also cause structural damage.

Sick house syndrome is present in homes that use artificial indoor air conditioning combined with the presence of harmful indoor air pollutants. The condition is much worse in houses where air pollutants are trapped and continuously circulating inside the house.

Of all the dangerous contaminants present in modern homes, asbestos and mould are the last two substances you would want to have inside your house. Protect your family and your home from the causes of sick building syndrome. Let Vital Building & Pest Inspections check your property for potential health risks.