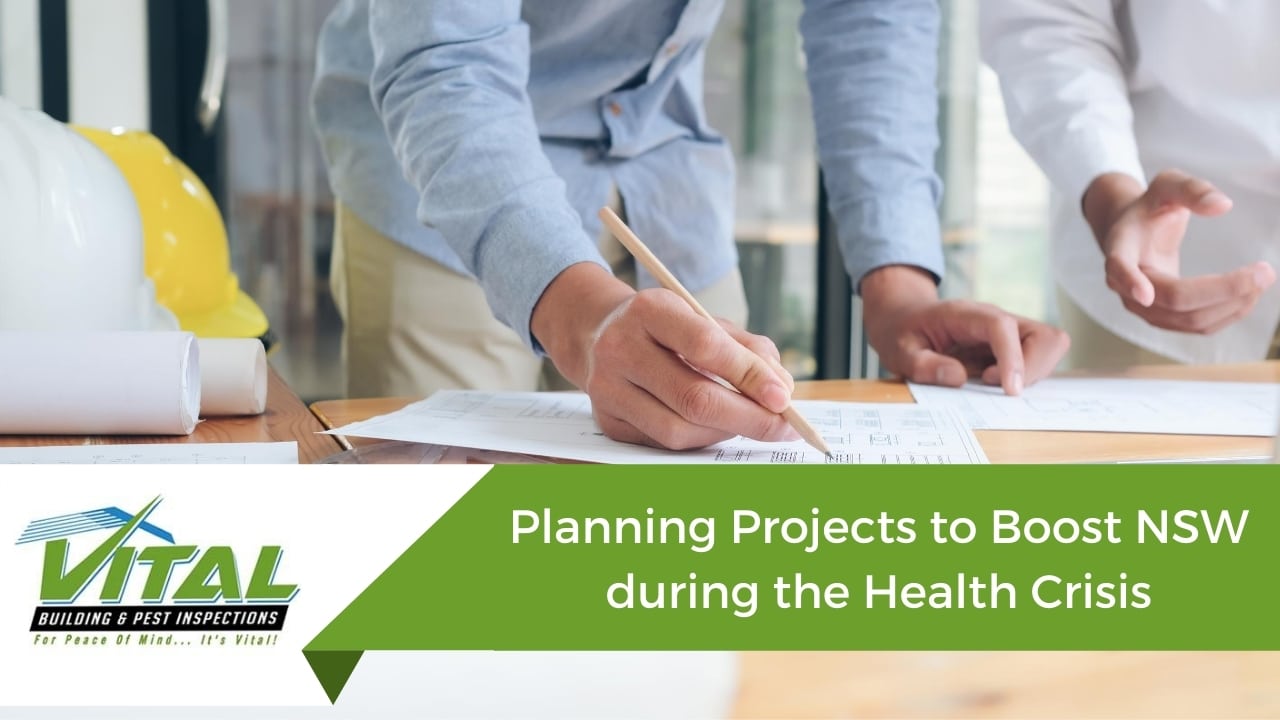 Planning Projects to Boost NSW during the Health Crisis

NSW is looking to lead in the economic recovery of the country, with the Berejiklian Government announcement in May 2020 of another 24 priority projects, which included a new retail centre, industrial precincts, three new schools, and the relocated Sydney Fish Markets, that could inject more than $5.37 billion into the state’s economy.

The 24 projects identified in the first tranche of fast-tracked assessments have the potential to deliver more than 325,000 square metres of new public open space, parks, and conservation land, as well as allow more than 4,400 new homes to be built, including more than 1,000 social and affordable homes.

The Planning System Acceleration Program is intended to cut red tape and fast-track  assessment processes to boost the construction pipeline and accelerate new projects. This will create and support construction jobs and allow work to continue wherever possible in line with the best medical advice; boosting the state’s economy and creating opportunities for thousands of new jobs.

The program includes 11 re-zonings that allow major commercial, industrial, and residential developments across the NSW, with determinations to be made on each project. The Premier Gladys Berejiklian has stated that this second batch of projects could provide more than 15,000 jobs, more than 3,600 new homes, and enhance NSW’s status as this country’s economic powerhouse.

She went on to say, “NSW is streets – and roads and homes and hospitals and schools – ahead of every other State in providing new jobs, economic growth, infrastructure and services for our people. This health crisis only sharpens our focus and energy as we bring forward the NSW Government’s unprecedented infrastructure spend and create an environment where private and government investment combine to help us rebound from the pandemic together.”

The second tranche includes eight projects proposed by the private sector, including a specialised retail centre at Eastern Creek, a waste recycling facility in Girraween, with capacity to process up to 220,000 tonnes per annum (tpa) of co-mingled and segregated pre-classified general solid waste (non-putrescible) for recycling, a new public open space in St Peters, and an expansion of the Cumberland State Forest.

The Planning and Public Spaces Minister Rob Stokes said projects such as the $2.6 billion Mamre Road industrial precinct, located in the vicinity of the new Western Sydney Airport, including new environmental lands and open space, would transform NSW. Then added that the Mamre Road project could create opportunities for over 5,250 jobs and would be happening soon as the Government had re-allocated planning resources to assess the projects faster.

Mr Stokes went on to say; “Our first tranche of 24 projects delivered more than 10,000 jobs and $7.7 billion in economic benefit to our State but it’s important to recognise these are just the projects we’ve prioritised.

“During the same period, we also approved through our normal process 42 projects worth $2.4 billion, creating opportunities for more than 4,600 jobs and 399 new homes.

“We’re creating great places to live, work and play while also showing the world that NSW is ready to not only recover but thrive,” Mr Stokes said.

The criteria to identify and progress projects through a fast-tracked assessment process has been released.

To be considered for a fast-tracked assessment through the Planning System Acceleration Program, a development application (DA) or rezoning must already be in the system, deliver a public benefit, demonstrate an ability to create jobs during construction, and once complete, be able to commence construction within six months (for a State Significant Development application or State Significant Infrastructure application) or allow a DA to be lodged within six months (for a rezoning).

The criteria were formulated by the Department of Planning, Industry and Environment in consultation with government agencies and key industry groups. A probity advisor will continue to oversee and report on the fast-tracked process to ensure it is transparent and robust.

Treasurer Mr Perrottet said that additional projects that fit the new criteria would go through the fast-tracked process, with further tranches to be announced. He continued to say the planning system would be a key lever in driving investment in NSW as we come out of the crisis, with NSW already having the country’s biggest infrastructure program we needs to do what it can now to make sure that continues.

With the health crisis, the fast-tracking of project assessments is one of the key pillars of the NSW Government’s Planning System Acceleration Program to create opportunities for more than 30,000 jobs by the end of September 2020.

Other elements of the Program include a new one-stop shop for industry, clearing the backlog of cases stuck in the Land & Environment Court, and investing $70 million to co-fund vital new community infrastructure in North West Sydney.